A man of the people, Le Youth, has just announced a brand new intimate North American tour with the debut of his latest single, “Lost” featuring This Never Happened regular, […]

A man of the people, Le Youth, has just announced a brand new intimate North American tour with the debut of his latest single, “Lost” featuring This Never Happened regular, Jerro, and the esteemed, talented vocalist, Lizzy Land.

The “About Us” Tour

Le Youth is ushering in a new era for his live show setup. While he’s always immersed himself in the audience during a show, he’s taking it one step further with the “About Us” tour. The idea behind this tour is to remove the physical and metaphysical barriers between him and the audience and to fully immerse himself and all in attendance into a singular experience.

With the increase in many “360” sets over the years and the popularity of intimate experiences like Boiler Room and Def Global, fans have never had a better chance to get close to the artists they love. This has made for far more intimate experiences than the traditional ‘DJ here, Crowd over there’ setup us audiences have been used to for decades.

What does that mean exactly? Well, better to hear it from the insane production talent’s own mouth himself. Here is an excerpt from his tour announcement tweet: 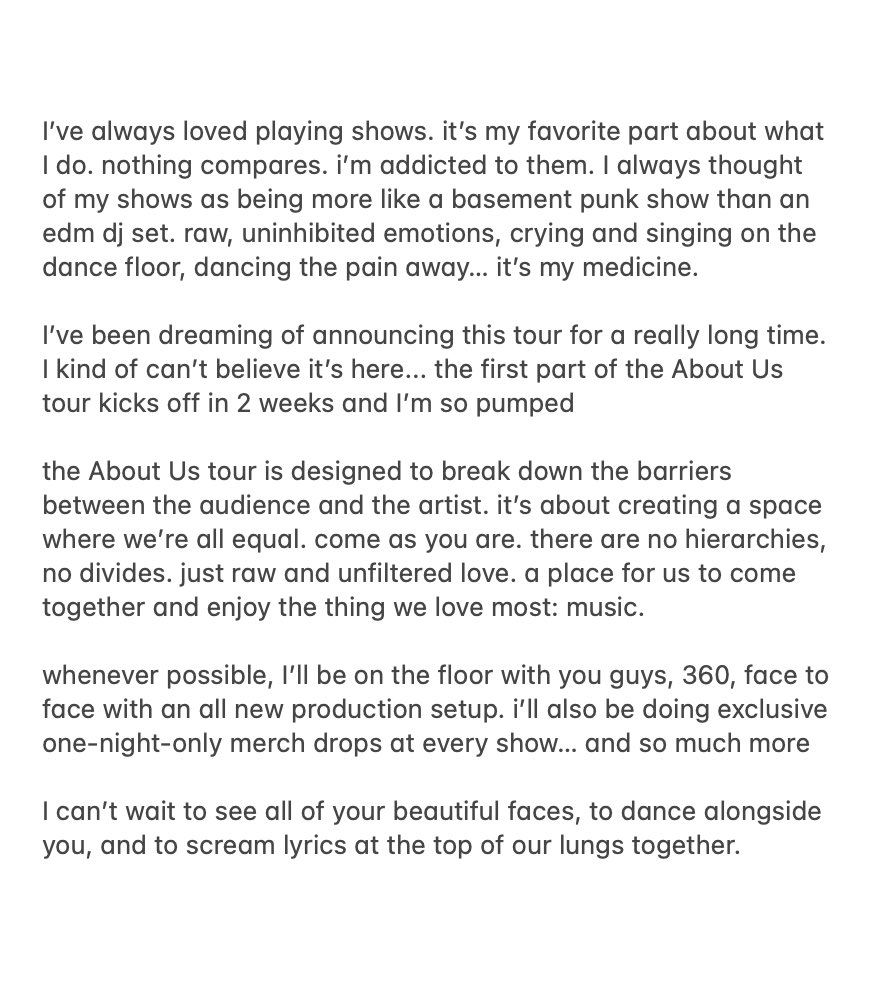 The first time I saw Le Youth, I was astonished by how happy he was to be playing for his crowd and how friendly he was with everyone in the audience. Multiple times during the set, while a song was playing, he stepped away from the decks to literally embrace the people who came out to experience his performance.

It was clear to me and everyone around me how much he appreciated our presence at the set and how excited he was to share his music with us. Given my previous experience with his shows, it is absolutely no surprise that he is trying to make that the default setup for his next tour.

Over the last few years, Le Youth has been a frequent contributor to Lane 8‘s This Never Happened label, and for good reason. He has mastered the melodic and emotional sound emblematic of TNH and this track is another solid addition to Le Youth’s impressive discography.

To bring this gem of a track to life, Le Youth enlisted Jerro, another TNH regular, to bring his strong chord progression skills to the party. To complete the puzzle, Lizzy Land delivers a gorgeous vocal performance that perfectly conveys the emotion of the lyrics and truly brings them to life.

Check out the new song below and let us know what you think in the comments! We hope to see you at Le Youth’s intimate “About Us” tour!

What We’re Listening To